We'd make half of a lovely couple. 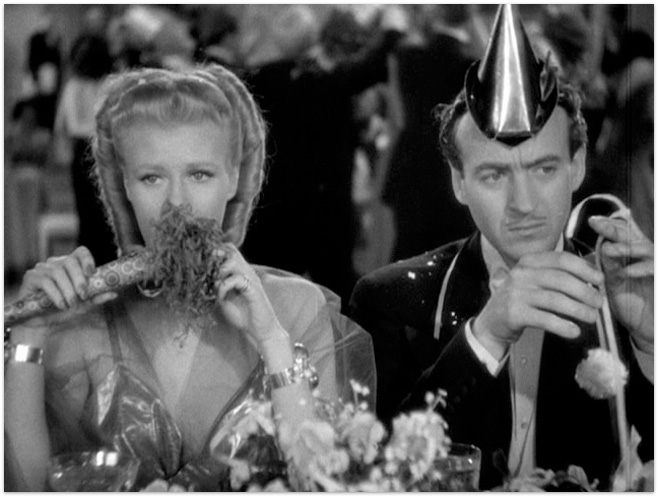 Here we go again! So far so good on this New Year’s resolution! And we’re continuing the fun with a fun romantic comedy that would never work in a contemporary setting:

Plot in a nutshell:

When Polly Parrish saves a foundling child from rolling off the steps of an orphanage, her life is turned upside-down by all of the people who mistakenly believe her to be the child’s mother.

I could find nothing on this movie. The only thing I really know about it is that it was remade in the fifties with Debbie Reynolds and Eddie Fischer as Bundle of Joy. Do you know of any cool trivia? Do tell!

Thoughts on the movie: 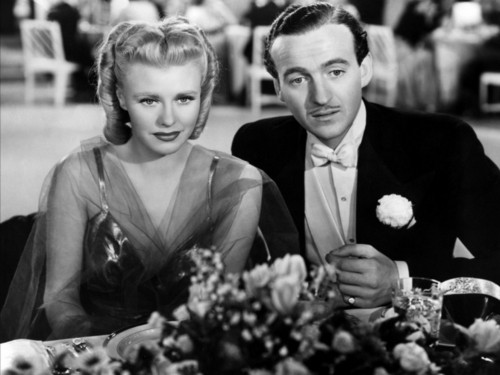 When I first saw this movie, I laughed so hard I cried. I showed it to my sister and she was not nearly as enthused as I’d hoped. The unfortunate chauvinism bothered her tremendously. To be honest, that is a frustrating aspect of the film. No one believes Polly when she insists she is not the mother. While I found the confusion funny, it was not terribly funny how poorly Polly was treated because of the mix-up. All of the men in the movie are incredibly rude to her because they think she is an irresponsible mother. The movie ends very well, though. And I think that David Niven’s character gets a good dose of his own medicine so it turns out all right in the end (I think). And Polly comes to love the baby very much so I think it’s ok… even if in a round-about way. 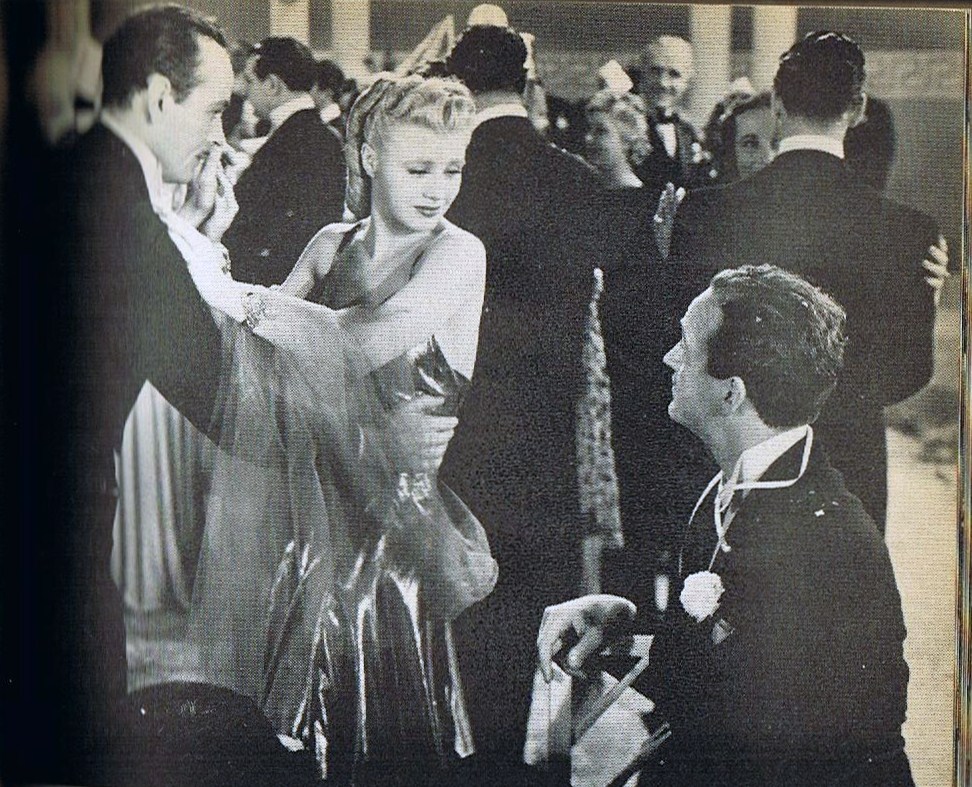 I love the NYE scene when Polly and David are at a party. It’s so funny! I love the chemistry between Ginger Rogers and David Niven. I wish they’d done more films together. There are several really cute scenes in the movie, really. Again, I really liked it, despite the chauvinism.
Posted by Sally at 7:33 AM