I'm going to start my first Foodie Friday with a cocktail. One of my favorite things about being an adult is that I have started to learn how to make drinks that I like. Some are mostly 2 ingredient shindigs and some have a little more pizzazz - it depends on my mood and what I have on hand. A lot of the cocktail recipes I've tried are inspired by movies. So, today I'm going to talk about one of the first cocktails I've ever researched: Horse's Neck.

Do you remember that part in Top Hat where Helen Broderick's character turns to the Venetian waiter and, after a jumble of mispronounced (presumably) Italian words, gives up and orders, "Horse's Neck?" Well, I wondered for years what that was all about. 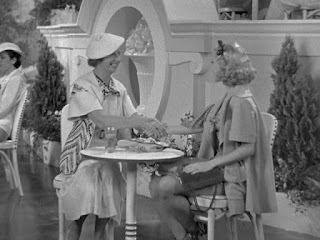 Years ago, my mom and I looked up Horse's Neck and found out it was a cocktail - for some reason, we thought it was ginger ale and orange peel. I'm not sure where we got that impression. Even the non-alcoholic version is made with lemon peel. Maybe it's what we had on hand at the time? It was delicious, at any rate. So, I do recommend it. It is not, however, Horse's Neck.

Anyway, fast-forward to a few years later and I get hooked on this mystery series called Her Royal Spyness by Rhys Bowen. One of the characters in that book orders a brandy & ginger ale and me, being who I am, thought, "well, I have brandy and I have ginger ale. I'm going to try it!" And it's now one of my favorite drinks to make.

Now, fast-forward a little while later and I'm looking into expanding this blog with recipes and crafts and I start looking up different recipes inspired by movies and this cocktail is one I look up - just to verify that I was right about the whole orange peel thing. Well, lo and behold, I was wrong about the orange peel but, as it turns out, Horse's Neck is brandy and ginger ale! There's also an optional dash of bitters and a lemon peel. 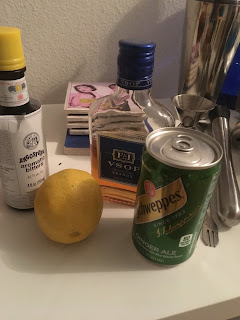 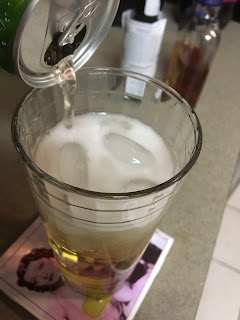 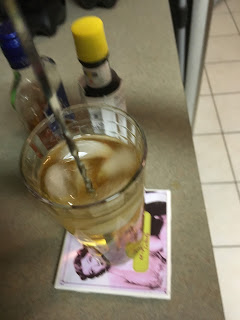 Here is the recipe for those who would like to try at home. 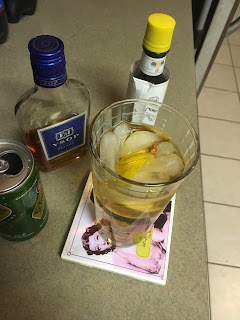 Once you've mixed this delicious cocktail, you can sit back, take a sip, and imagine you're in Venice, dressed in a magnificent bias-cut gown, and pretend you're Helen Broderick... maybe throw in a clever one-liner for good measure. 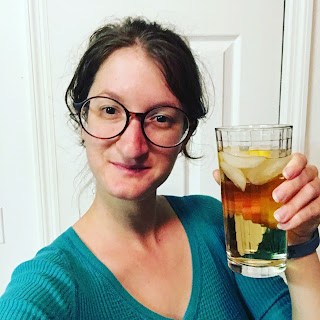